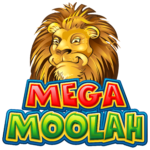 Mega Moolah at one point was a well-guarded secret among slots fans, until the news exploded in 2009 after a winner landed a mega pay day of €6.3M, followed by an even bigger, record-breaking win in Sept 2018 of €18.9M.

Essentially Mega Moolah is a 5 reel and 25 payline slot machine with a progressive jackpot and bonus features. The games theme is based around an exciting African safari adventure and is one of the main reasons why this game remains so popular (other than the regular big pay days).

Mega Moolah is a among the most popular Microgaming slots and was first introduced at online casinos in 2006. In the past decade this amazing safari-themed progressive game has made dozens of players millionaires in just one spin!

How to Play Mega Moolah

The basic rules of Mega Moolah are fairly simple and the game is structured around its 5 reels and 25 pay lines.

To begin with, players choose the coin denomination that they want to play the game with and the choice ranges from a minimum $0.01 up to a maximum of $0.05. Players can then choose how many coins they want to play per spin, the maximum is 125 coins per spin. The max is 25 paylines but the coins play into consideration when calculating payout. You multiple the paylines by the coins and then again by the amount bet to determine the payout. The maximum bet is thus $0.05 x 5 coins x 25 paylines = $6.25.

The Wild Symbol in Mega Moolah is the lion character and his job is to basically substitute for any other symbol except the scatter. This helps to create more winning combinations than is ordinarily possible. The lion Wild Symbol also helps to increase the overall payout of a winning spin that it is a part of and can push the payout up to as much as 15,000X the original bet.

Mega Moolah is an exciting game to play both visually and aurally, with plenty of bright colours and sounds of the African Savannah, as each winning combination will elicit the sounds of the animals involved with that particular winning combo.

This makes the game a whole lot of fun to play and is part of the big appeal besides the potential massive jackpots.

The game symbols are beautiful, fun animal caricatures reminiscent of the golden era of Hollywood movies when movies were all about the great adventure to Africa! The bright colours also make it a very easy game to follow and also entertaining just to watch the action unfold on every spin.

The jackpot is progressive, meaning that every player that plays adds to the overall total. Getting into the Mega Moolah jackpot game is totally random and players that are fortunate enough to get into the jackpot bonus-round, play an additional jackpot wheel game. The only advantage given is that higher bets have higher chances at making it into the Jackpot Bonus round.

On Sept 28, 2018, a new Largest Ever Online Progressive Jackpot was won by an anonymous player from Grand Mondial casino. The player won on a $0.75 bet from their mobile device.

The Mega Moolah jackpot is the ultimate aim of the game and is the main reason why so many Canadians play. With over 20 millionaires produced since it was first launched and a massive jackpot win of €17.9 million by Jon Heywood from the UK at Betway Casino – The Mega Moolah jackpots are what keeps players excited about this special slots game.  There have been a few Canadians that have won the big prize, with the largest going to Marcus Goodwin, who won $11.6 million CAD in Nov 2016.

Players spin the jackpot wheel and can win one of four different jackpots:

Jackpot players are guaranteed a win, in this round, as every stop on the jackpot wheel wins a prize. The amounts that players can win varies from a minimum $10 up to the millions

* The new Largest Ever Online Progressive Jackpot Win is also the Largest Mobile Jackpot Win and was won by M.D. from Grand Mondial in Sept 2018 on their mobile device.

Mega Moolah is known for constantly creating new winners and new millionaires. As a result, the list of winners keeps on growing!

Microgaming also offers Mega Moolah on a variety of platforms including iOS and Android, so you can play on your iPad, iPhone or Samsung Galaxy.  It is a great way to play this famous progressive jackpot and there have already been some big winners playing Mega Moolah from their mobile device.  A player from Tipico Casino won a record €8.0 million in late April 2017 using their mobile device!  The player so far has preferred to remain anonymous. Also, the latest record jackpot winner from Grand Mondial also played on their mobile phone.

Due to its great popularity with the players, Microgaming published a few other versions of Mega Moolah, so don’t get confused. These include Mega Moolah Isis,  and once included Mega Moolah 5 Reel Drive and Mega Moolah Summertime, though the latter two have been discontinued. All these games are part of the progressive jackpot system.

The latest variation of Mega Moolah which has been an instant success in the online casino world is called Mega Moolah Absolootly Mad on 5 reels offering 243 different ways to win. There are acctractive fee spin rounds and a bunch of additional features like a 5 times multiplier on a winning streak. 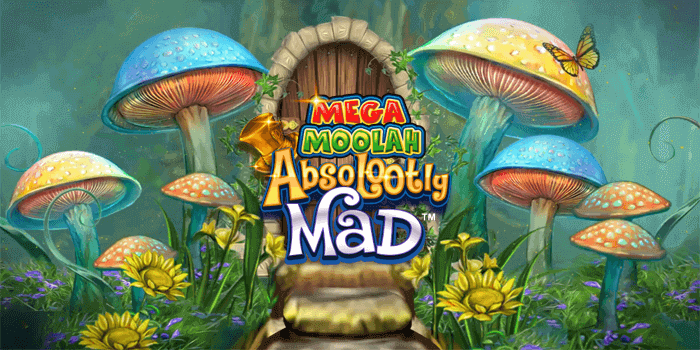 Isis is one of the most renowned goddesses from ancient Egypt, known as the goddess of fertility and bounty. She is famous for giving life and riches to those who pray to her. No wonder Microgaming decided to use this legendary and iconic goddess to be featured in one of their greatest online casino slots, Mega Moolah Isis, developed in 2010.

Isis is supposed to award us mortals with riches beyond our beliefs, and that holds true with this unique and fantastic slot. The game has distinguished itself from other slots with its progressive jackpot that has already made some people millionaires, with one person taking home £13.2 million in 2015 and another winning over $11 million last year.

The game can be played at over 150 online casinos and is in the Top 10 of the most played online slots in the world. This is overwhelmingly because of the game’s excellent features, visuals and astronomical jackpot. Currently, the jackpot is over $3 million and steadily rising, so watch out for that.

The famous jackpot takes a walk on the wild side and it couldn't be more fun! Released in November 2020, Jungle Mega Moolah takes the five-reel slot we know and love and adds in a variety of jungle friends such as chimps, parrots, leopards, and bears. Scatters are represented by Chimpanzees and give players 15 free spins that are each multiplied 3x. The jackpot is still the same one players know and love, so there are many opportunities to hit the progressively-growing jackpot.

The latest iteration of  our beloved slot is Juicy Joker Mega Moolah, which premiered in February 2021. This one is all about the bonuses! Players who land on three joker symbols trigger a special round that lets them spin the jackpot wheel, which offers the chance at four kinds of jackpots, which include the Mini, Minor, Major, and Mega jackpots. With all the wins possible, the jackpots are juicier than ever!

Mega Moolah Isis has excellent wins in store for players. The goddess is the game’s Wild symbol and landing 5 of those will award you with 10,000 coins. The Scatter symbol comes in the form of an eagle. This online gambling slot includes high-paying symbols like a golden orb, the Eye of Horus and a sarcophagus, while the card symbols are low-paying symbols.

Moreover, it has a special gamble feature that will let you gamble your most recent win in a game where you have to correctly guess the colour of the card to double your wins, or the correct card suit to quadruple your wins.

This game offers a great amount of available Free spins. All you have to do is land enough Eagle Scatter symbols on the reels:

Additionally, all wins during this round are multiplied by 6x, which can award you handsomely even when you get “just” 20 Free spins.

The game’s progressive jackpot is randomly triggered during the game. When you are lucky enough to get a chance at the jackpot, you will play a Wheel of Fortune game, where you will play for one of these jackpot coin values:

Whatever the outcome of the turn of the Wheel, you win in any case. To increase your chances at triggering the progressive jackpot feature, you need to increase your bet amount.

As you can see, there are many reasons why Mega Moolah is a fan favourite at the best online casinos in Canada of 2021 and beyond. Take a look through our casino reviews and find the best one for you!

What is Mega Moolah?
Mega Moolah is an online casino slot game developed by Microgaming. This video slot takes players on a safari through wild Africa with 5 reels and 25 fixed paylines, offering free spins and an enormous progressive jackpot. The progressive jackpot starts at £1 million and steadily rises due to the number of users playing the game and increasing the jackpot.
How do I play Mega Moolah?
Mega Moolah is like most online casino slots. Players can bet up to 125 coins per spin, which amounts to 5 coins per betting line. The coins can range from 0.01 to 0.05, with the maximum bet being 6.25 per spin. This makes Mega Moolah much more affordable than other slots with regards to the maximum bet. There is a number of special symbols that can handsomely award players; the Lion symbol can award players with up to 15,000 coins if they can manage to land 5 of those on the line. Landing 3 or more of the Monkey Scatter symbol anywhere on the reels will award you with 15 free spins, with all wins being tripled during this round.
What kind of jackpots does Mega Moolah offer?
The game’s progressive jackpot is randomly triggered during the game. When you are lucky enough to get a chance at the jackpot, you will play a Wheel of Fortune game, where you will play for one of these jackpots: • Mini Progressive – starts at $10 • Minor Progressive – starts at $100 • Major Progressive – smaller than the Mega jackpot but can reach a big six-figure territory • Mega Progressive – starts at $1,000,000 Whatever the outcome of the turn of the Wheel, you win in any case. To increase your chances at triggering the progressive jackpot feature, you need to increase your bet amount.
What was the biggest Mega Moolah progressive jackpot won thus far?
The largest ever Mega Moolah Jackpot of €17.9 million was won in September 2018 at Grand Mondial Casino by a player whose initials are M.D. The jackpot was won with a 75 cent bet on their mobile device and only after 50 spins since joining the casino.
How can I increase my chances of winning the Mega Moolah jackpot?
Players have a chance to win the Mega Moolah progressive jackpot by playing with higher bets. The progressive jackpot bonus game is triggered randomly, but playing with higher bets ensures a greater chance to trigger the progressive jackpot.